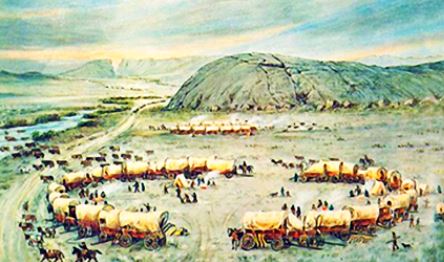 Kristain Anderson first thought virus was genetically engineered than retracted this statement. David Baltimore is doing the same after he realized the trail leads back to the Microbiology Community headed by Fauci. First versions of a report are generally more accurate than later, self-serving version are.

A Nobel prize-winning US biologist, who has been widely quoted describing a smoking gun to support the thesis that Covid-19 was genetically modified and escaped from a Wuhan lab, has said he overstated the case. David Baltimore, a distinguished biology professor, had become one of the most prominent figures cited by proponents of the so-called lab leak theory. Originally quoted in an article in the Bulletin of the Atomic Scientists in May, and widely requoted since, Baltimore had appeared to suggest that a specific feature in Covid-19s genome, known as the furin cleavage site, was the smoking gun to the theory the virus had been contained inside a laboratory and then escaped via a leak. These features make a powerful challenge to the idea of a natural origin for Sars2, he said at the time. In recent days, however, Baltimore has told a fellow researcher, the scientific journal Nature and the LA Times that  while he had been quoted accurately in the bulletin  he should not have used the phrase smoking gun and was uncertain what the feature proved regarding the origins of the virus  natural or otherwise. In an email exchange with the Los Angeles Times, Baltimore conceded he had overstated the case and that he had an open mind on the matter. [I] should have softened the phrase smoking gun because I dont believe that it proves the origin of the furin cleavage site but it does sound that way. I believe that the question of whether the sequence was put in naturally or by molecular manipulation is very hard to determine but I wouldnt rule out either origin.

Baltimore also clarified his stance in an exchange with Nature1, saying: There are other possibilities and they need careful consideration, which is all I meant to be saying. Given his considerable reputation, Baltimores dramatic smoking gun quote in early May had driven a lot of the recent resurgence of interest in the Wuhan lab leak theory in tandem with renewed reporting of unverified intelligence claims that three staff at the Wuhan Institute of Virology were hospitalised in November 2019 with symptoms consistent either with Covid-19 or seasonal flu. That in turn led the US president, Joe Biden, to order intelligence agencies to report back in 90 days on what was known about the origins of the virus, amid calls from the World Health Organization to depoliticise the debate around how Covid-19 first infected humans. Bidens call is set to be underlined in a joint statement by the US and the EU which is expected to call for progress on a transparent, evidence-based, and expert-led WHO-convened phase 2 study on the origins of Covid-19, that is free from interference. In the midst of the renewed controversy, one of the key scientific debates has drilled down into whether the viruss furin cleavage site is so novel that it occurred through human manipulation rather than evolving naturally. Supporting the latter theory, some scientists point out that the same feature occurs in other common coronaviruses including ones that cause colds and that it appears intermittently in the family tree of coronaviruses. Baltimores clarification came as he was also challenged in Nature on another of his claims relating to Covid-19, that the coding of a segment found in the furin cleavage site was not usually found in viruses, with a fellow scientist pointing out the same coding was also a feature of the Sars virus.
https://www.theguardian.com/world/2021/jun/09/leading-biologist-dampens-his-smoking-gun-covid-lab-leak-theory

MARCH 2020 RETRACTION: "Editors note, We are aware that this story is being used as the basis for unverified theories that the novel coronavirus causing COVID-19 was engineered. There is no evidence that this is true; scientists believe that an animal is the most likely source of the coronavirus. November 20, 2015 In the version of this article initially published online, the authors omitted to acknowledge a funding source, USAID-EPT-PREDICT funding from EcoHealth Alliance, to Z.-L.S. [Shi Zhengli] The error has been corrected for the print, PDF and HTML versions of this article." Nature is subservient to China.
https://www.insidehighered.com/news/2018/10/03/book-publishers-part-ways-springer-nature-over-concerns-about-censorship-china